Terry and I have finished two of three DVDs for the first season of Human Target.  I was hooked after the first episode, and not just because Christopher Chance’s pet was a Rottweiler named Carmine.  This show packs a lot of punches into a scant hour of programming and each episode is something completely different.  It’s fun to watch and even has me looking for the original graphic novels to read, but libraries are totally not up to speed in that area.  END_OF_DOCUMENT_TOKEN_TO_BE_REPLACED

‘… but a “them” versus “us” confrontation isn’t going to do much to improve things in Ferguson… or anywhere else.’ 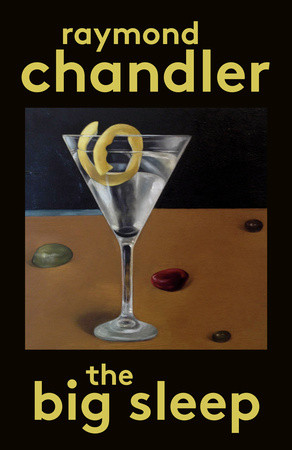 Perhaps I should have read the book first.  Or at least read a plot synopsis.  As much as I love hacker themes, I have a hard time swallowing and digesting violence, especially that perpetrated against women.  That being said, I still feel a bit disappointed in Lisbeth’s response to her assailant.  I thought she went too easy on him.

The ‘locked room mystery’ portion of the film held most of my interest, causing me to pause and rewind the BluRay several times, and play sections of it in slow motion.  I love a great mystery and I adore female characters who don’t slow down for inferior intellects.  Keep up, or shut up and get out of the way.

The ending convinced me to stick to non-contemporary literature for my fiction reading.  What has that got to do with this movie?  Well, as we all know, real life sucks.  As far as I can tell, contemporary literature, especially crime novels, which this movie was based upon, exists to expose us to the absolute worst aspects of humanity and society, leaving us with little resolution and a scarcity of hope.

Give me a good fantasy film like The Prince Bride (the debut film for Robin Wright who also appeared in The Girl with the Dragon Tattoo) any day.  At least then I won’t yell at my husband how much I hate men while watching it.  (Yeah, I paid for that comment for  hours after the movie ended).

Summary from IMDB:  Samuel Pierret (Gilles Lellouche) is a nurse who saves the wrong guy — a thief (Roschdy Zem) whose henchmen take Samuel’s pregnant wife (Elena Anaya) hostage to force him to spring their boss from the hospital. A race through the subways and streets of Paris ensues, and the body count rises. Can Samuel evade the cops and the criminal underground and deliver his beloved to safety?

I added this film to my Netflix streaming queue yesterday morning because after reviewing the DirecTV guide for Sunday the 15th, I could not find anything worth watching.  Initially, I did not fully grasp the fact that the movie was filmed in France and had English subtitles.  This did not put me off, though, as most action movies tend to have less dialog and I read very fast.  Being able to pause and rewind also helps get the entire experience (not just the read dialog, but the body language of the actors).

That being said, this film impressed me.  The story, the action, the stunts, even the acting, were every bit as good as movies made in Hollywood.  In fact, it outshone many of those.  This is by no means a ‘new’ twist on the ‘old’ crime thriller.  It had all the usual suspects: organized crime henchmen and bosses, dedicated detectives and their bad apples (corrupt cops), innocent bystanders who push the moral envelope to ransom their kidnapped loved ones.  Tons of tension and thrills abounded and I had no trouble staying riveted to the screen.