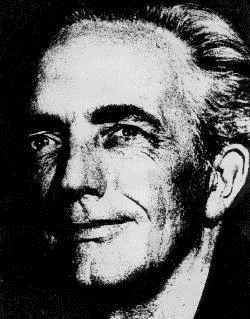 I seem to have left the best for last in my Retro Hugo short fiction reading.  This morning, I started reading and could not stop reading “The Sunken Land” by Fritz Leiber.  His writing took me back to the days when I immersed myself in the writings of Robert E. Howard. And once I reviewed his mini-biography at Wikipedia, I understood why I felt that affinity: “With writers such as Robert E. Howard and Michael Moorcock, Leiber can be regarded as one of the fathers of sword and sorcery fantasy, having coined the term.”

“The Sunken Land” pulled me along for a ride with Fafhrd, leaving the Grey Mouser as a bookend to the story.  Leiber used a very active voice that left you no time to catch your breath from the first inhalation to the last gasp.

This leaves me with something of a dilemma in deciding which 1942 short story gets my top vote for the Retro Hugo Award.  I haven’t yet reread Asimov’s “Runaround” but I remember it being very good.  I will listen to it next week as an audiobook.  Before I read “The Sunken Land” by Leiber, I had planned on ranking “Runaround” as my first choice.  Then there’s also Clement’s hard science-fiction story “Proof,” which I read yesterday and ranked second after Asimov’s entry.  Both Asimov and Clement are the traditional science fiction types that are most often associated with a Hugo Award.  But my first love is fantasy and Leiber knows how to write a gripping tale.  I will have to ponder my vote and you will have to wait and find out until after I re-read the classic robot logic problem that is “Runaround.”

I melt, therefore I …