The Guns of August

Winner of the Pulitzer Price for General Nonfiction 1963

Thanks to Barbara, I now know more about the first month of World War I than all my previous half-century of accumulated, absorbed knowledge. Not only do I know more, but I understand the how. How Europe ended up in a terrible stalemate and war of attrition that lasted four more years. The why will have to wait until I can read her other history The Proud Tower: A Portrait of the World Before the War, 1890-1914.

On August 23rd, I attended a discussion of The Guns of August sponsored by the Kansas City Public Library, the Kansas City Star‘s FYI Book Club and hosted at the National World War I Museum at Liberty Memorial. There were many attendees from all over the Kansas City metro area and we attempted to stay focused on Tuchman’s novel, not straying to far before or after. A great hour of discussion on an excellently researched and composed history of the outbreak of the Great War. 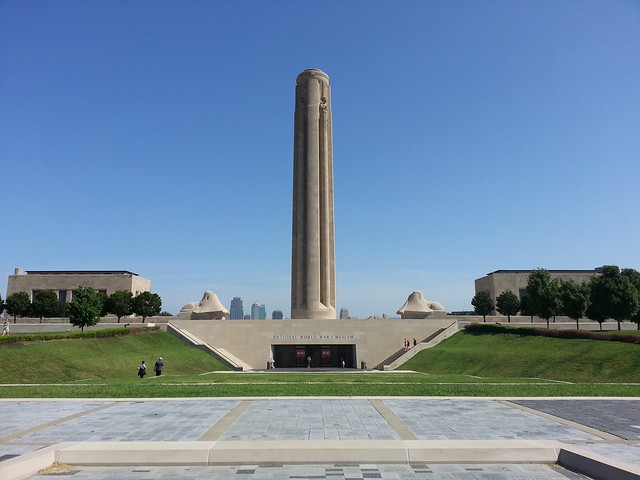 Immediately prior to the discussion, we were escorted through part of the museum by Senior Curator Doran Cart, who showed us, up close and personal, some of the actual guns (7.5 to 15 cms from Germany, France and Great Britain) in use during August 1914.

I went behind enemy lines, though, at lunch in the Over There Cafe’, ordering kielbasa with sauerkraut and hot mustard.  I am of German descent so it was hard to resist. 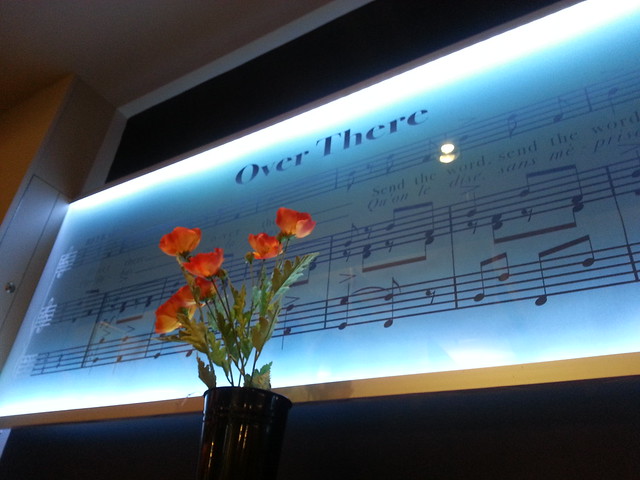 A note about the narrator, John Lee:  I am so grateful for his excellent diction and his wonderfully relevant accents.  He absolved me from having to pronounce, in my head, French that I had no hope of understanding or properly pronouncing.  His French rolled off his tongue superbly and even allowed me a glimmer of the intention behind the words.  I don’t speak French and only understand a smattering of German; Russian might as well be Greek to me.  But John Lee gave appropriate accents to go with every quoted reference included by the author.  He saved me from having to learn how to pronounce all the names of the Belgian, French, German and Russian generals and the place names in Belgium, France and East Prussia.

I did relent and check out the print edition of The Guns of August because I needed maps.  If you’re going to read a history book about a war, you must have maps! 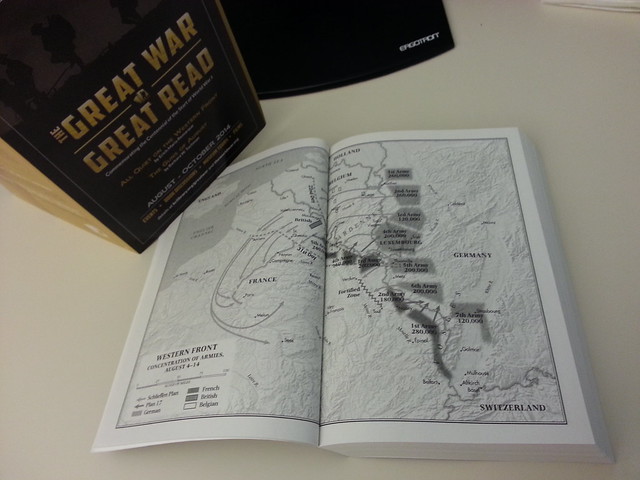 I will update this review as I attend various events and discussions over the next two months as part of the Great War Great Read program (see link below for more details).

Read as part of the Great War | Great Read program sponsored by the Kansas City Public Library in August 2014.

One thought on “Book Review: The Guns of August by Tuchman (4 Stars)”