Over at Tor.com, Ilana Meyer offers up some great insights into writing characters of the female variety.  Here’s some excerpts that resonated with me:

What I think is missing from some of these discussions is: writing a fully realized character of any gender requires one trait above all others, and that is empathy. When a female character goes off the rails, it is often because the author experienced a failure of imagination; while he could imagine all the emotions a man might feel in a similar situation—and END_OF_DOCUMENT_TOKEN_TO_BE_REPLACED

First, go read this article about Three Ways Rottweilers Say “I love you” at RottweilerLife. 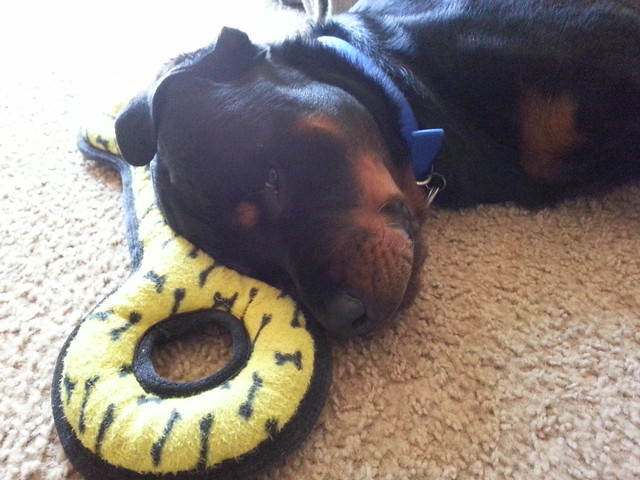 Porthos (shown above using one of his toys as a pillow) leaned into both Terry and I from the first day we met over Thanksgiving weekend.  He still exhibits this behavior and we give him as much affection as he can stand. 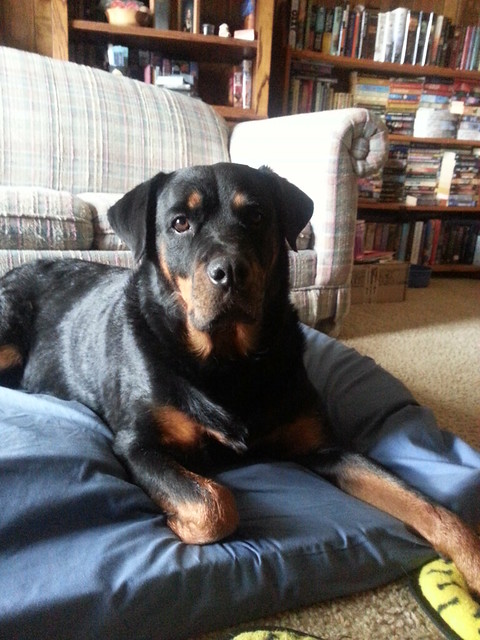 Lexy purr-growled at us as soon as she figured out we were her new home.   She also loves to lick us. I probably won’t get to see this.  Snow is forecast for this afternoon in the KC metro area and continuing cloud cover for the next couple of days.  I’ll keep my fingers crossed and my eyes on the western horizon as I drive home tomorrow night.

For those of you with clear skies, enjoy a triple conjunction of the bright planet Venus, the red planet Mars and the two-old new Moon.

Whatever you do, just start watching the western twilight sky. Set a reminder on your phone if need be. The planets and moon won’t be up for long after sunset. And the views will be spectacular from now through Saturday night!

Grist for the Mill: What America’s Next Top Model Can Teach You About Publishing – http://www.kameronhurley.com/grist-for-the-mill-what-americas-next-top-model-can-teach-you-about-your-publishing-career/

Words of wisdom for young and old, models, actors and writers. 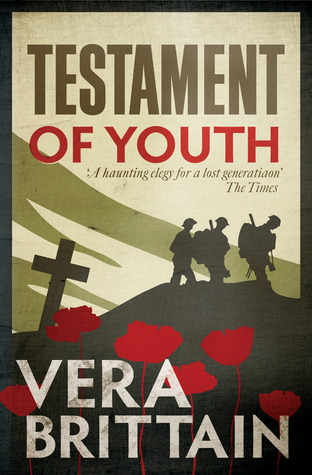 In 1914, just as war was declared, 20 year-old Vera Brittain was preparing to study at Oxford. Four years later, her life—and that of her whole generation—had been irrevocably changed in a way that no one could have imagined in the tranquil pre-war era. Testament of Youth is Brittain’s account of how she lost the man she loved, nursed the wounded, survived those agonizing years, and emerged into an altered world. A passionate record of a lost generation, it made Brittain one of the best-loved writers of her time. It still retains the power to shock, move, and enthrall readers today.

I heard about this book during the inaugural discussion of The Things They Carried by O’Brien last fall.  The professor leading the discussion listed it as one of the better memoirs written post-conflict (didn’t matter what conflict).  END_OF_DOCUMENT_TOKEN_TO_BE_REPLACED

I believe I put this movie in my Netflix queue upon finishing the book Judy back in late November.  The book told a more horrific story of the British POWs held by Japan after the fall of Singapore, but END_OF_DOCUMENT_TOKEN_TO_BE_REPLACED

The Lansing Community Library completed a successful Big Read of O’Brien’s The Things They Carried with a writing memoir workshop led by the same professor who moderated the panel discussion back in December.  I took copious notes, but sadly no group photos.  The workshop was well attended and I recorded the audio portion (as I can’t always take notes fast enough) and include it here for your enjoyment.  In fact, I’m not sure where I put my notes.

And, just for completeness’ sake, I’ll include the raw recording of the second group discussion led by a local English professor from the University of St. Mary:

I attended all the events and enjoyed all of them. I’m looking forward to the next adult reading program the library cooks up.

It was cloudy here in Kansas when this occurred. Thank Goodness Hubble never needs to worry about the weather.