A dear friend of mine sent me off on a wonderful Tolkien tangent last week when she replied to my Podcast Pickup post and directed me to the Prancing Pony Podcast.  I quickly scanned the last half dozen posted episodes and settled on #038, also entitled “I Will Choose Free Will” – which immediately gave me a Rush earworm.  Not one to be daunted by a nearly two hour podcast (we are dealing with ‘epic’ fantasy here), I gave a listen to the ongoing discussion of The Silmarillion, specifically Chapter 21 and Túrin Turambar.  I pulled out my ebook edition and quickly skimmed Chapter 21 to remind myself of the story.  I really enjoyed the insights and the banter of the hosts.  It took me several days to completely listen to the episode, but by the end I was hooked and a plan began to form in my mind.

I have read The Silmarillion at least three times, possibly four.  My first attempt occurred in high school, followed by a reread during college.  I probably pulled it out for a third reread in the 90s, but with two young kids, I doubt I succeeded a complete journey.  The most recent rereading took a different tack wherein I switched to an audiobook edition, the one read by Martin Shaw.  I adore English voice actors so I had no trouble listening to the entire book twice, in 2010 and again in early 2013.

Having been impressed with the podcast above, my plan now is to begin at the beginning, to rewind back to episode #001, “In Defense of Fantasy” originally released in February 2016.  I’ve requested the recommended reading from my local library (the biography by Carpenter and Tree and Leaf by Tolkien).  I already own the ebook editions of Tolkien’s letters.

I am not going to rush this journey.  The road goes ever on, as any Tolkien fan knows.  I will indulge myself as the fancy takes me, betwixt and between my other reading and listening projects.  I will consider this an ongoing and long running blog posting series and please remember that “Not all those who wander are lost.”

END_OF_DOCUMENT_TOKEN_TO_BE_REPLACED

My uncle recently read and reviewed the late Robert Pirsig’s seminal Zen and the Art of Motorcycle Maintenance.  I’ve added this book to my ever growing list of philosophy-related to-be-read pile.  For more of Ron’s insightful review, please proceed to his blog via the link below:

Book Review: Zen and the Art of Motorcycle Maintenance: An Inquiry into Values by Robert M. Pirsig Five Stars “We are all of us very arrogant and conceited about running down other people’s ghosts but just as ignorant and barbaric and superstitious about our own.” I wish I read this book forty years ago. Instead […]

via Book Review: Zen and the Art of Motorcycle Maintenance: An Inquiry into Values by Robert M. Pirsig (Five Stars) — As a Matter of Fancy 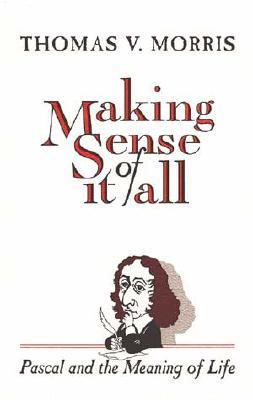 Goodreads Synopsis:  An instructive and entertaining book that addresses basic life questions. Relating numerous personal anecdotes, incorporating, intriguing material from the films of Woody Allen and the journals of Leo Tolstoy, and using the writings of the seventeenth-century genius Blaise Pascal as a central guide, Morris explores the nature of faith, reason, and the meaning of life. His lucid reflections provide fresh, fertile insights and perspectives for any thoughtful person journeying through life.

Read the week of May 7, 2017 by the grace of one of the wonders of the modern world: Interlibrary Loan

Morris did an excellent job of pulling together Pascal’s Thoughts and presenting powerful arguments in support of his famous Wager.  For me, it ended up being a reaffirmation of my personal faith, a honing of my reasoning and renewed focus on my life’s purpose and direction.  This is the first of many tangential reads I’ll be undertaking as a direct result of my Brain Upgrade Project, the first phase of which wrapped up last week when I took my final in Philosophy.

The folly of indifference #philosophy pic.twitter.com/71T6A98tuh

END_OF_DOCUMENT_TOKEN_TO_BE_REPLACED

For the next two months (plus a week or so), I’ll be reading the following, except where indicated (as in I’ve already read the item or have no plan to do so).  I will keep updating this post as I finish reading these finalists.