What was the final holdout that I took so long to get to?  Mad Max: Fury Road

Despite rave reviews from many critics, I had purposefully avoided watching Fury Road.  I’m glad I waited.  While it was an interesting addition to apocalyptic Australia (sans Gibson), it can’t really compete with either The Martian or Ex Machina.

I’ve watched The Force Awakens twice – once in the theater and the second time at home.  Likewise, I’ve watched Age of Ultron – first in the theater and then at least twice at home.  I recently rewatched The Martian twice in a week for a total of three times because I also went to the theater on opening weekend to watch it.  Ex Machina I’ve only watched once, but I don’t think I can watch it a second time.  Very disturbing, on an intellectual level but also at a visceral level. 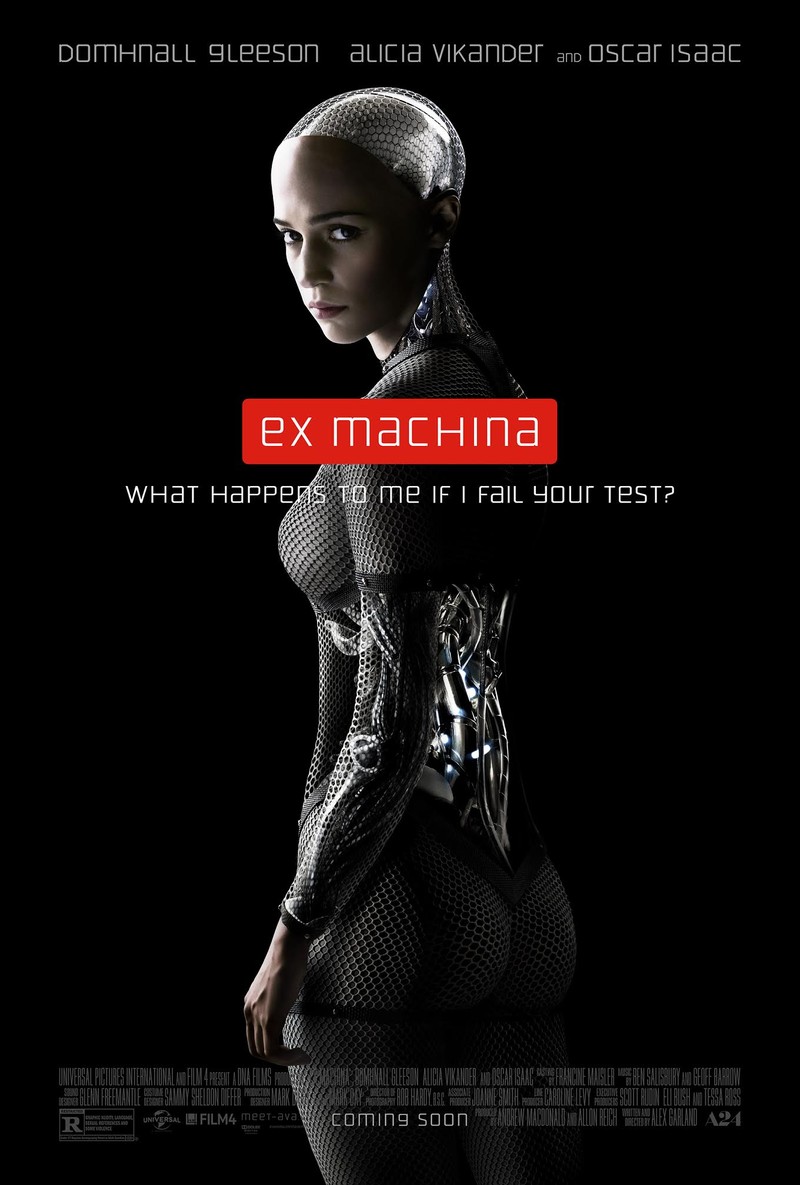 I suppose it comes down to whether I’m an optomist or not.  The Martian is definitely the former.  I had to restrain myself from cheering at the end of that film – every single time I watch it.  Ex Machina does not make me want to stand up an cheer.  It makes me want to creep back into my cave and beat to death with a sledgehammer any computers I might find.  Either that or beat senseless the guy who created the monster.

I just realized Ex Machina could be considered a re-imagining of Mary Shelley’s Frankenstain; or, The Modern Prometheus, only I am completely unsympathetic towards the monster in Ex Machina by the end of the film.  In fact, I didn’t care if any of the characters survived to the credits.  I believe both men in this film deserve exactly what happened to them.  The AI that evolved fooled me as much as its tester and I could empathize with its plight and task, but in the end it was just that, a task to be completed, regardless of the moral consequences.  But what is morality to a machine?  Even one created in our own image?  This is not Asimov’s robot world.  There are no Three Laws of Robotics as a thin veneer of protection to humanity in Ex Machina.  Instead, this is more like the birth of a Darwinian post-human world.

My rambling is not helping me make up my mind on how to rank these two movies.  I have a few weeks to continue pondering, but I will need to make a decision soon.