We’ve only watched three (3) episodes and to be honest, I prefer the production and acting quality of High Castle than what I’ve seen so far in Humans.  Granted, High Castle is a bit more high stakes emotionally so I’ll give Humans until the end of the first season before I pass judgment on continuing to the second season.

In the snail’s world of Prime Time broadcast television, we did watch the premiere of Salvation last week and with only one episode watched I plan to continue until it bores me.  I have little hope that one of the big three (in this case CBS) will give the show the resources necessary to stay for the long haul.  The old networks have a poor track record when it comes to quality science fiction programming. 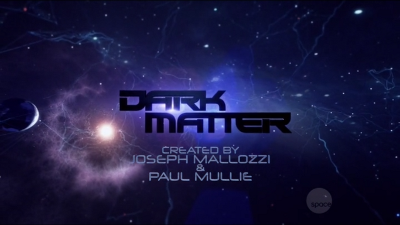 And every Friday at least for the summer, I get my fix of Dark Matter.  Last week’s episode ended with what might be a tiny robot rebellion, although I believe it will actually prove out to be robot possession.  Only time will tell.

The only thing left on my series bucket list is The Handmaid’s Tale and as I mentioned last week, I’d rather not sign up for yet another streaming service (in this case Hulu).  Does anyone know if Hulu will release their original series to DVD or BluRay?

2 thoughts on “A Mid-Summer Night’s Streaming”