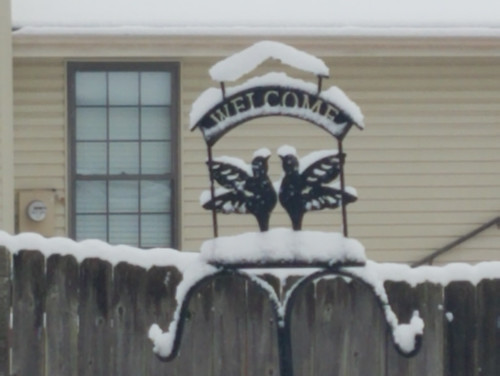 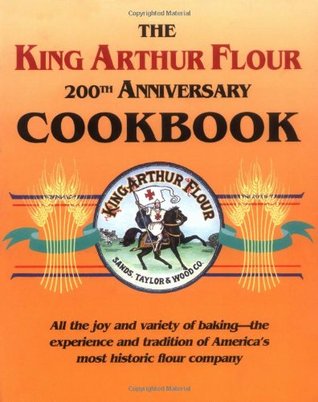 The dough part of the recipe is actually found on page 176 and is called “Hearth Bread Pizza.”  I use half of that recipe every time I make home-made pizza crust.  This time I did the whole recipe, all six cups of flour, and opted to use my Kitchen-aid mixer with a dough hook until I got beyond the five cup range.  I also did a full rise, not the no-rise option, which I usually do for thin crust pizza dough. 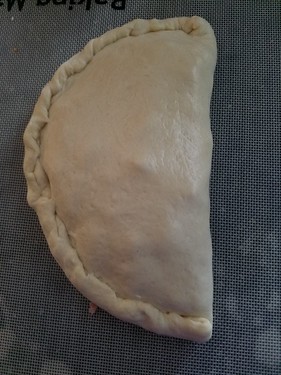 Several hours later, I could finally divide the dough and start rolling out the calzones.  The next time I do this recipe, I’ll probably subdivide into six equal parts instead of four.  The resulting calzones were too large for one person to eat.  We have lots of leftovers!

My dough was really springy and elastic, almost perfect.  I rolled it out just like I would for cinnamon rolls (only round like a pizza crust instead of rectangular).  The first one I rolled out was too large and a bit on the thin side.  By the third one (shown in the photo at left) was nearly perfect in size.  I forgot to take a photo of the fillings though.

The first two imperfect ones were mine (also sans much cheese because I’m not big on cheese) and the two more perfected calzones were filled by my husband with the same toppings (organic pizza sauce, sauted onion and orange bell pepper, diced ham, quartered turkey pepperoni, crumbled ground pork with oregano, basil, marjoram and crushed red peppers) plus sliced provolone and fresh cubed mozzarella.

The before photo (as the oven was warming up): 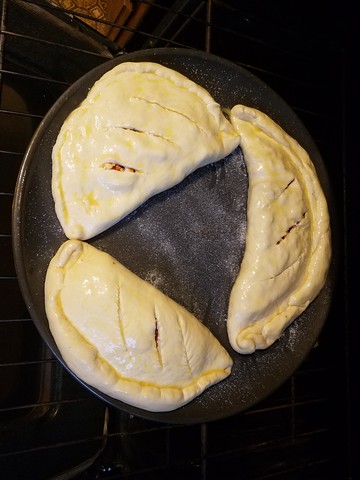 And the after shot: 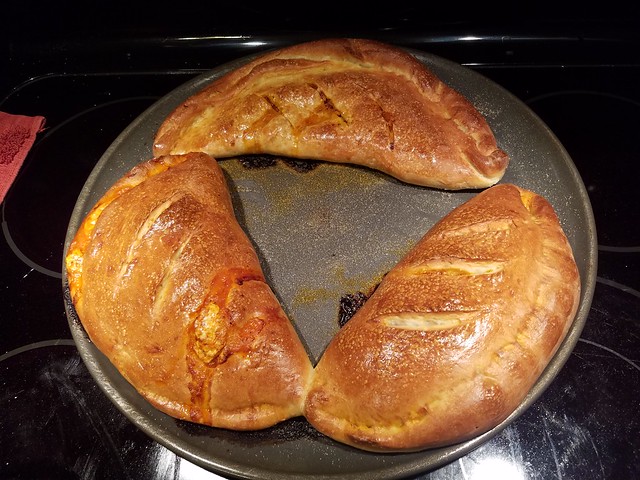 We let the calzones set and cool for a few minutes before slicing and enjoying them.  The dough was light and slightly sourdough-ish in taste (since I’d allowed the dough to do a full rise and a second rise while prepping toppings).  I could have started the dough Saturday evening and let it slow rise in the refrigerator overnight to be even more like sourdough.  But I didn’t have enough room in my fridge to accommodate a slow rise, so a full rise it what we got.

The toppings were good but we could definitely enhance the flavors the next time we do this.  Overall, I’ll give this recipe four stars and my efforts three stars (I need more practice!). 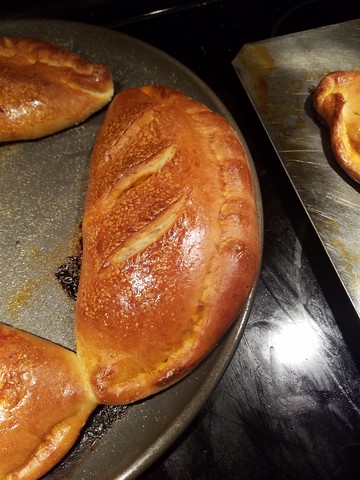 While it was a bit of work, most of the time spent is waiting on dough to rise.  I spent that time reacquainting myself with my colored pencils and a new adult coloring book gifted to me by my daughter for Christmas.  I’ll share those photos in the next blog post.