It’s a Sunday afternoon. I’m depressing myself streaming tragic dramas while consuming dark chocolate and Chianti. Midway through my third creepy twisted love triangle, I found myself distracted and unfocused, missing entire scenes of the movie. I remembered something I promised my husband I would write about this month. And since he’s off visiting our daughter in the serene Pacific Northwest, I’m left with Rottweilers, wine, chocolate and an empty post page on my mostly neglected blog. I paused my mediocre excuse for a movie and grabbed my phone to research what was happening in September 1983 – the month I met the man I married.

I met my future husband at a bar called Backstage on the northeast side of Wichita, out near where the Cessna complex used to be. The song I remember the most from that evening was actually “Turn Me Loose” by Loverboy. But the song that dominated the summer charts was the Police’s “Every Breathe You Take” which finally fell to “Sweet Dreams Are Made of This” by the Eurythmics at the end of August.

Ghandi won best picture that year, but I remember have fond memories of The Right Stuff and the fact that Sally Ride became the first female astronaut as a member of the Challenge crew that summer. And The FCC authorizes Motorola to begin testing cellular phone service in Chicago. Good thing I had an amateur radio license!

END_OF_DOCUMENT_TOKEN_TO_BE_REPLACED The Quiet Invasion by Sarah Zettel

Great first contact story. Zettel’s vision of Earth’s political evolution and expansion to several colonies on nearby planets and satellites painted a grim future for civil rights and personal liberties. My only small quibble with the aliens stems from their mental motivations, which seemed similar to human beings. Besides that, I couldn’t put the book down, especially that last hundred pages or so (which I need to re-read to make sure I didn’t inadvertently skip something in my mad dash to the finish).

Update May 2013:  I met Sarah recently at a convention book fair and she assured me the ebook for Quiet Invasion would be released very soon.  Her Isvalta series was recently released to ebook as well. 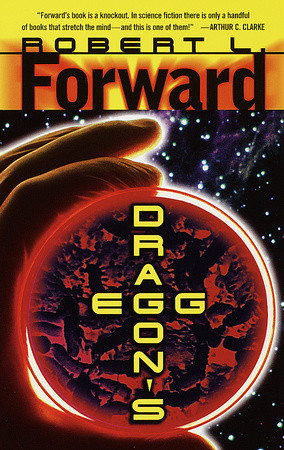 And to be completely honest, I thought I gave myself a migraine reading the first pages of Dragon’s Egg (an astrophysics crash course in neutron stars). Once past the cold hard super-heavy facts, I thoroughly enjoyed the development of the cheela life-form and the brief interaction the human scientists experienced.

I completely sympathized with the crew of the Dragon Slayer not wanting to blink, let alone sleep, as they watched the astonishing development of cheela society.  In just a few hours, the cheela civilization went from ‘savages, stagnating in an illiterate haze’ to outpacing human development by ‘many thousands of years.’ Relatively speaking, of course.

I didn’t connect to any one particular cheela, since their lifespans were so short in human terms, nor with any of the scientists, who got the short-end of the stick when it came to their story-line. But my eyes teared up reading a farewell delivered by a cheela robot to the human scientists, a fitting benediction to a benevolent mutually beneficial first contact interaction.

The reason I read this book?  It won the poll for the March 2011 Beyond Reality science fiction selection.