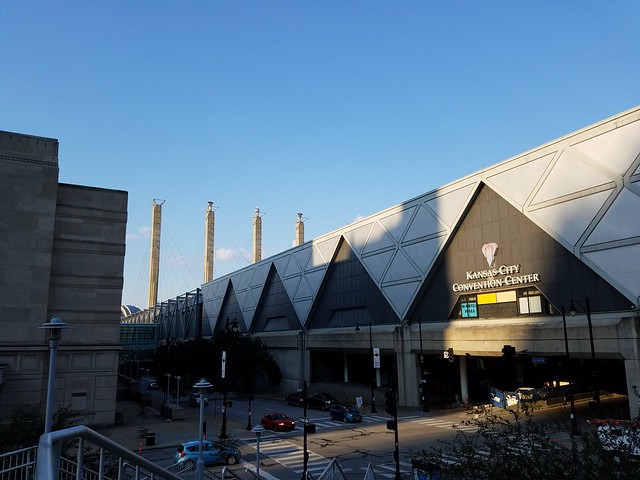 So, this post will not be a recap of the most recent WorldCon.  I’ll do that when I’ve had more sleep and more vegetables.  I did shed a few pounds this week with the help of volunteering for audiovisual technology setup, support and teardown.  That and the fact that I double and triple booked sessions outside of my volunteering time to the point where I did not allow for any consumption of nutrients except before I arrived or after I left the convention.  If it weren’t for the AV club’s director ordering barbecue from Joe’s Kansas City on Saturday, I’d have gone five straight days only drinking water.  I logged over thirty miles across five days just walking around inside the massive Kansas City Convention Center (Bartle Hall to local residents) I also took advantage of the free public parking provided as a park-and-ride lot near the City Market.  This provides easy access to the new Street Car (free to ride) and the many buses that service the metro area, including the Max, which has a stop just one block east of the Convention Center.  So, for the cost of a Day Pass ($3 for unlimited bus rides until midnight of the date of issue), I could park my car and take a short (less than fifteen minute) ride to and from the convention. 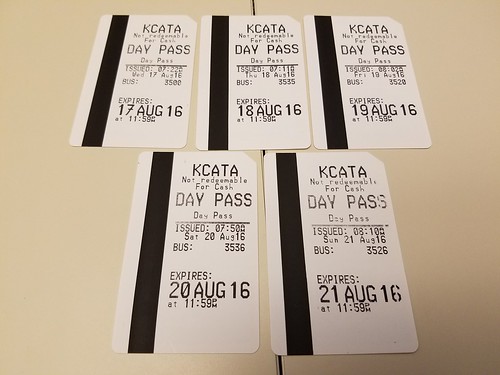 Aside from all the wonderful sessions I attended, all the great authors I’ve heard and met and the new friends I’ve made, the most serendipitous find of the convention happened to be a party booth dedicated to my favorite mathematical constant: 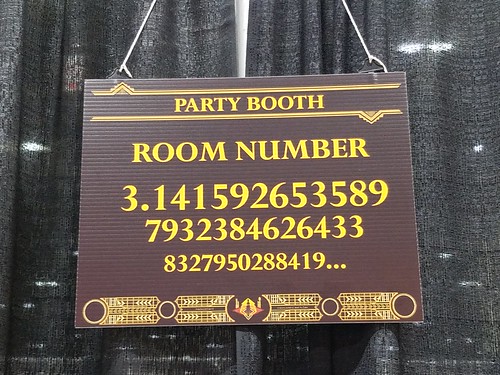 And on that never ending note, I will bid you fond adieu until I’ve had more rest, more vitamins and more caffeine.

One thought on “WorldCon Withdrawals”