I’m relinquishing my blog today to my favorite uncle so he can share his essay on his best reads from 2013.  You’ll have to wait for another day to learn the answer to the question ‘Why doesn’t he have his own blog?’  Currently, he is a retired Air Force Colonel, writing historical and speculative fiction and painting and teaching watercolor.  And now without further ado …

In 2013, I read a record number of books and don’t plan to read that many again in one year. I don’t just read for pleasure. I am an author-wannabe, so some of my reading is researching what’s on the market. (That’s my story.) And, I have a lifelong love of history, so I read a lot of history, biography and alternate history stories. Also, at church I give a Bible study a month, so I’m always looking for ideas to steal . . . uh, in a Christian-sort-of-way. Finally, I love humor. So, I occasionally give extra credit to stories that tickle my funny bone.

I only rated sixteen of the 225 books with five stars. As I reviewed them for this essay, I downgraded six of those to four stars, because on reflection they no longer struck me as that amazing. (I know, some raters have two ratings: one star and five stars. (One, a fantastic fantasy author, complains that there are no six star ratings. It wouldn’t matter: he’d just give ones and sixes.) I use all five ratings. In fact, there’s another category of books which don’t even make the 225 because I started and quit a dozen books in 2013.) My average score for the 1,400 books I’ve rated is 3.25 stars. In no particular order, my favorites were Neil Gaiman’s Ocean at the End of the Lane in speculative fiction. He pulls you slowly out of the normal into the fairy, and weaves a great tale. Nathan Van Coops time traveling In Times like These was an amazing inaugural effort. Coops’ tale is also noteworthy because most first-of-a-series books are merely set-the-hook introductions. Coop tells a satisfying story, leaving enough open ends for more, AND leaving the reader wanting more. Ann Leckie, Ancilliary Justice, was my favorite science fiction tale. She wove a complex tale from the point of view of a computer and it worked. Patrick Chiles’ Perigee, another first book, realistically exploring the problem of being stranded in earth orbit. John Scalzi’s SF Human Division rated five for the humor.  Another surprising find came from Patrick Chiles and his debut hard science fiction novel Perigee. Good story, good science, good storytelling. Deception, heroism, retribution and self-sacrifice. What’s not to like? 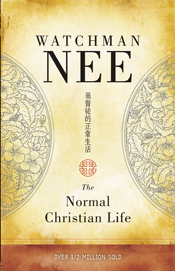 Among the Christian resources my favorite was Billy Graham’s The Reason for My Hope: Salvation. Reading it sounded just like hearing him at one of his big crusades, which used to be televised on prime time television. This is probably Dr. Graham’s last book. Like Nelson Mandela, his passing will leave a void. Bob Goff’s Love Does and Watchman Nee’s Normal Christian Life also rated five stars. The former a contemporary exhortation to live an engaged life, the latter a classic analysis of the epistle of Romans. (I’m not including the Bible; because I was working on a study of it, I probably read Romans a dozen times.)

Shawn Speakman’s Unfettered anthology is the only anthology to rate five stars. It about various views of “the end.” Some humorous; some challenging; some drivel. I’ve had such bad luck with anthologies that I generally avoid them. This one was worth the price (and it supported a good cause).

Michael J. Sullivan, Heir of Novron and Crown Tower are the only books by the same author I rated 5, and they were the only epic fantasy rated five. A lot of fantasy is being written these days. I get the feeling that, with some notable exceptions, new authors find science fiction too demanding and turn to fantasy as easy. No, well done fantasy is very difficult. That’s why there’s so much junk fantasy out there. Finally, Alton Ganky’s Wounds. I used to read detective and mystery books, but the newer ones bore me. I only read Wounds because Gansky teaches writing. Yeap, he knows what he’s talking about and can produce.

No history, historical fiction or biographies earned five stars in 2013.

I will read fewer books, but not necessarily less, in 2014 because I have a couple of projects of my own to finish and, I hope, publish.

And that’s the way it was in 2013 for my uncle.  I’ll post my “Best 0f 2013” books tomorrow.  If you’d like to see some of my uncle’s artwork, please visit his web page at a gallery near him:  Windemere Artists